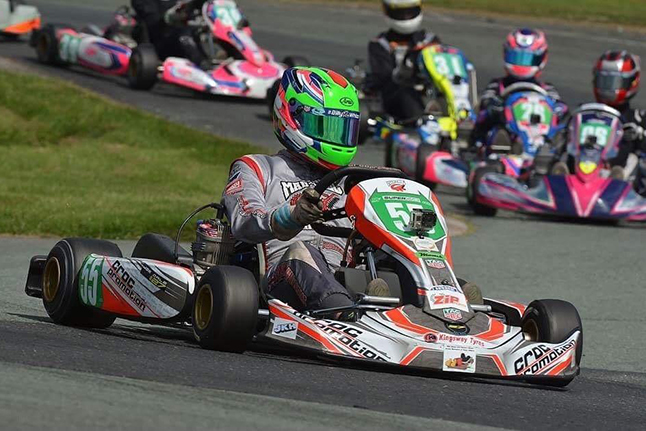 LINCOLNSHIRE karting star Teddy Pritchard-Williams has moved into the fast lane after signing of the top teams in Europe.

He will be competing in the British National Karting Championship – Super One, as well as selected European meetings.

Joining PSR means Pritchard-Williams will be managed by Piers Sexton – one of the most respected team principles in the paddock, having managed the current World and European champions.

Sexton said: “I have watched and evaluated Teddy for some time now, what I see is a very determined and dedicated young man, who is focused on achieving the ultimate goals of winning races and championships.

“He is a hard-working and committed individual who will definitely succeed given the right amount of support.”

Oliver Rowland, current leading GP2 and Renault F1 test driver added: “I have known Teddy since he was eight-years-old when I worked with him in the Zip All-stars team and have followed his progress as he has moved through the kart classes.

“I recently had a one-to-one driver development day with Teddy and I am delighted with his maturity, attitude and ability.

“I’ve no doubt that, with the right support, Teddy can progress and compete at the highest level.”

Pritchard-Williams and his family would particularly like to thank Kingsway Tyres for their support.

They would also like thank Caistor Yarborough Academy for allowing Teddy to complete in UK and European karting races. Need assistance? Get one of our team to call you back